This recipe is from Coles magazine. It will serve 12 mini appetites, 8 decent people and 4 hungry souls. 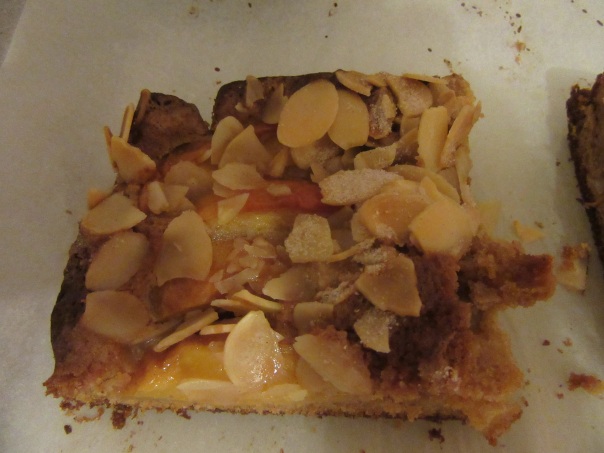 I didn’t have sour cream at home, so I used Greek yogurt with a little bit of lemon juice. I also used 3 nectarines to have plenty of fruit on top of the slice.
And this the same slice made with plums…